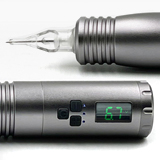 The newest and greatest from Radical. Wireless pen with 2 battery. Adapters also included to convert the machine to hard wire power. Battery can also be used with any other RCA machine. 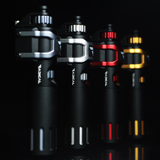 The Radical Lux Pen is the first of it kind with an adjustment wheel for Needle Protrusion and Needle Swing Hardness. Also includes 3 Grips & Wireless Power Pack. 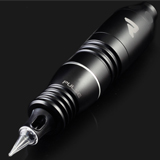 From the builders who brought you the Toretto rotary and would be a great machine to your arsenal.